I would like to update about two nice sport events I have started and will keep focus during next weeks/months together with my 70.3 Ironman triathlon challenge training...and who knows, NYC Marathon, if I am lucky! 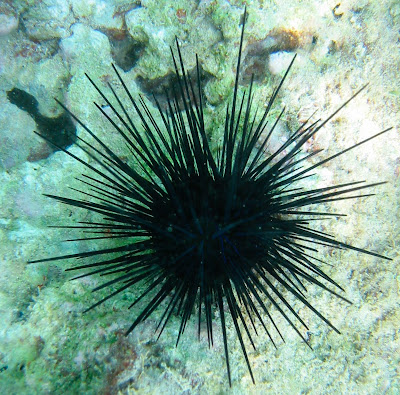 First one, was a very interesting swim race around Middle Island for 3.2 Kms in front of Repulse Bay beach organized by Open Water Swim Club of Hong Kong lead by Ian and Lloyd, great ambient, nice weather and very competitive...I started like a torpedo...and lead the race for the first 2.5Kms...then, another torpedo who started five minutes later than us...and I believe former professional swimmer, took the lead and won the race in 39'19'' (just awesome!!). I have finished 4th in 49' at the end of course due to considerable good excuses...first one hedgehog attack between rocks on my left hand and second one, I was starving...as I did not eat anything since 7.30 am and race started at 2.30pm...and was feeling a little bit dizzy last 5 hundred meters, when I lost my battle with Lloyd 48' and Chris 48'05'' in a total of 17 swimmers.


Just one quick comment...during the race, I battled with Chris, just in fron of RHKYC in Middle Island for several meters...and then, I really focus in my immersion lessons received from Karen (I wish ayou a qucik recovery!) and Sandra...and then, the effect was that I gain 3 to 4 bodies in 150 meters....but of course, is nothing natural, as I need to think to do it as they did instruct me...have a look at their swim program:
http://www.floatplus.hk/

1st Never swim between shallow rocks!! avoid next time!! hahaha
2nd "The straigth line is the sortest distance between two points"
3rd Eat something ...as gel or banana before racing a long swim race...just drinking water will not be enough!!

Next event, is about the hundredpushups, I announced in my last post...guys...this is going to kill me!! and I will follow Jeff's suggestion and I will stay in week 3 for 3 weeks...to move to week 4 with all the challengers!

Btw, I don't want to finish to congratulate all Dragon mates that participated yesterday in 70.3 Ironman Singapore...where again the King of Kona: Craig Alexander won again...second time in a row!! 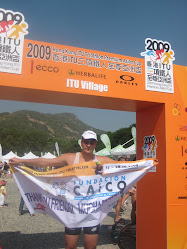